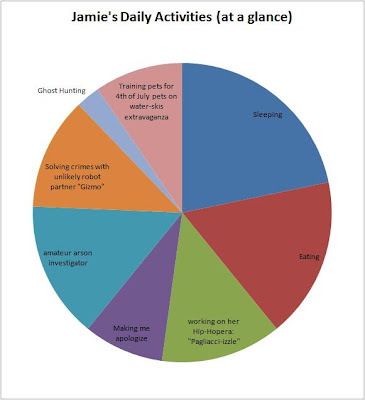 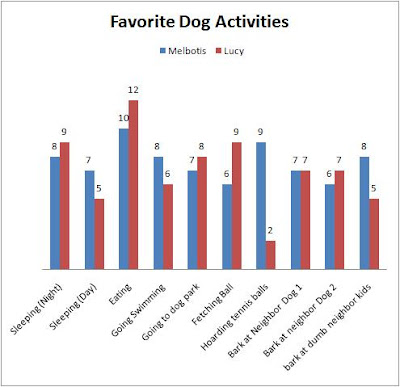 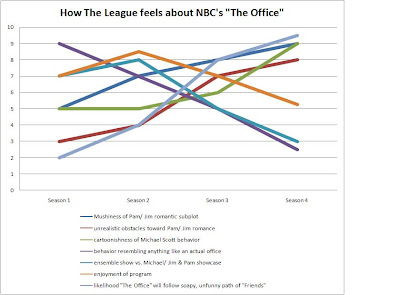 I will agree that the Office is probably less funny now than when it first started, but it still manages to capture certain absurd aspects of reality (particularly in the work environment) that I've never seen any other show manage to recognize or depict (which makes the show entertaining for me even when it's not laugh out loud funny). I have to agree that some of the romantic subplots get a little tired (The British version wisely steered clear of getting too entangles in those sorts of things, while I think the American writers are afraid that people will lose interest if they don't include those things).

I was just eally worn out by the season finale. It was everything I don't like about the show and very little of what I do like. Add in the fact that the show used to find humor in the drudgery of work and less in "what sort of Simpsons-esque escapade can Michael fall into this week?", and I'm starting to lose interest.

When it DOES capture the feeling of working in an office, its really on. But when it focuses on office romantic entanglements, which it does increasingly, I'm looking at the clock. The romantic stuff is too easy to do, and I DO think the network pushes that angle when I see commercials for the show.

I don't watch romantic comedies at the movies, and while I don't mind it as part of the show, its quickly stealing focus from what was a sharp ensemble comedya nd turning into the same drippy melodrama as "Friends".

Sadly, I think that sort of thing is what keeps American viewing audiences tuning in.

By the way, you forgot to include "astral projection" on the pie chart depicting Jamie's daily activities.

People like a good love story, I guess. Sadly, my monkeysphere does not project far enogh out to television characters to feel much but irritation at ham-handed romance.

And you are right... I lumped Jamie's "sleeping" and astral projection into category, since I can rarely tell the difference. Except that she's usually floating three feet over the floor in the lotus position when sending her spirit across time and space.

Ryan, you need to apologize for that.