I haven't had much opportunity to catch Flight of the Conchords, but I need to see more of it.


And from Jim, I believe

They just beat Univ. Michigan. Ranked No. 5 Univ. of Michigan.

It all seems like fun and games, this business of bringing in a sucker team to stomp in in your first game to get the alumni pumped up for your billion dollar football program. Until the rubes from Appalachian State accidentally screw up and beat you.

Ah, this football season is already off to an interesting start.
Posted by The League at 4:13 PM 1 comment:

Too Many Comics, once again

I just got back from the "super secret sale" at Austin Books. Leaguers, $1 back issues are a dangerous, dangerous thing. Anyway, I think I just filled in a pretty good chunk of missing Detective Comics issues from the 80's by the Grant/ Breyfogle creative team, a bunch of 70's era Superman issues, some George Perez Wonder Woman comics and a few other gems. I also got some half-off issues of Jimmy Olsen. All in all, a successful venture in some ways, in other ways, its going to be embarrassing when I can't afford heat this winter.

Jason and I were in line checking out and the owner/ proprietor of Austin Books, Brad, stopped me and said "Hey, you're the Melbotis guy." I am, indeed, the Melbotis guy. You may recall Brad has commented on this very blog before when I wrote about the hall of wonders that is Austin Books. Well, I guess he put my name on my credit card with my grinning face and realized the guy buying too many 70's era Superman books was yours truly.

So that was kind of awesome. Leaguers, the power of my golden retriever pal is the glue that holds this crazy world together.

Anyhow, Austin based Leaguers or mere hangers-on would be interested to know that the sale continues thru Sunday. I sort of thought that unless I got to Austin Books during the super-secret sale, a lot of good stuff might be gone. I'm not sure that's exactly accurate, but it was fun being there with all the rest of the comic geeks on the hunt for deals.

I just got home and the three stars of "Superbad" are on Leno. Jonah Hill was wearing an Alamo Drafthouse shirt with the tell-tale Pam Grier "BadAss Cinema" logo.

I do not understand how Hollywood works. I don't. I'm an armchair spectator of the entertainment industry no more nor less than your average joe.

But one thing I do keep an eye on are rumors of Superman movies.

Recently, the Superman Homepage ran several items regarding a potential Justice League of America movie. Rumors ran from the notion that Christian Bale and Brandon Routh would not appear as Batman and Superman to the movie being an entirely CGI operation.

Now, whenever rumors like this begin to swirl, it can always be some ill-informed dork or some prankster pulling everyone's leg, but...

Superhero movies cost lots and lots of money. More than the GDP of most countries kind of money. When rumors as various as the ones I've been seeing flying all over the place begin to occur with no confirmation from the studio, it usually means one thing:

Someone is floating an idea to see how the fans respond

Hollywood's recent attention to events like Comic-Con and their slow realization that a reasonably close adaptation of comic book properties can lead to huge ticket and DVD sales has quickly led to the entertainment industry using message boards, websites, etc... as sounding boards for concepts before more than a few dollars are spent.

Now, sites like IESB.net seem to bite on these rumors hook, like and sinker, most likely knowing the rumors are false, but in this world, you have to drive up your hit count if you want ad revenue. There's, no doubt, a lot of mutual scratching of backs going on in there somewhere.

It's not necessarily diabolical. Before I spent $2 million dollars putting Jeff Goldblum into Joker make-up on the tip from the suits at my studio that Goldblum is HOT! right now, I'd want to see if anyone actually agrees. So, you float an unconfirmed studio rumor to IESB.net, and in 24 hours you have enough information to tell you how an audience is going to take to a person in a role. Or, indeed, how folks would like their JLA made up of polygons and gradients.

Alternately, some agents float similar rumors in order to get their client's name in the ring for a "coveted" role like Wonder Woman. (I can't tell you how many e-mails I get per year from various folks telling me who the next Wonder Woman is going to be in the not-even-in-pre-production WW flick).

Recently, the JLA and Superman camps have been floating rumors with an added sense of urgency to drum up some interest in their projects. This week rumors floated regarding the next Superman movie (supposedly titled "Man of Steel", probably to match "The Dark Knight"). Clearly the folks working on the JLA movie would like to just get going on their JLA movie and do not wish for a second Superman movie to get rolling, so wouldn't it behoove them to get folks talking about how absolutely great it would be to see a JLA movie?

There is a point to all this:

For the love of mike... unless you see something in an article with a studio exec going on the record regarding casting, start dates for filming (actors, producers and directors do not count as studio execs), do not believe the articles. People are attacked to projects all the time that never occur (I never got my mid-90's remake of "Harvey" featuring Tom Hanks or my "King Conan" with Gov. Arnold).

WB is trying to move carefully as they work on their potentially lucrative film projects. This includes Superman and JLA, as well as any member of the JLA in a spin-off flick.

So, you know... settle down. It's all hearsay until you see the first set picture.
Posted by The League at 11:42 PM 3 comments:

Update: an article from the New York Times
credit for link to Jeff Shoemaker 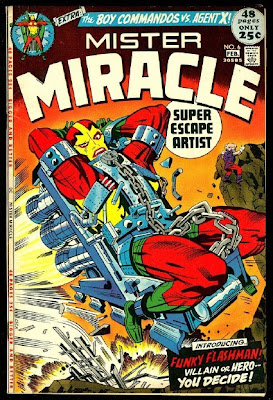 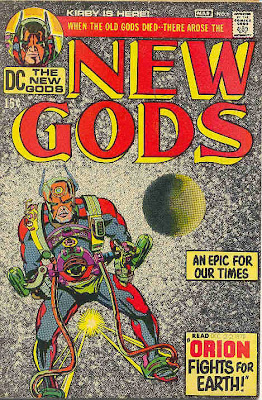 Nothing is more dull than reading blogging about blogging, but...

So after six weeks or so of consideration, I've decided to pull the plug on my participation with the Fodder Network/ Comic Fodder.

You have to understand that Comic Fodder was a great experience, but... I love my comics. What with a job, friends and family I want to spend time with, and a whole lot of other factors, reviewing up to ten comics in a week can get to be a bit of a grind. I love my comics, and worrying about getting the blogging done every week was making me feel a bit guilty, which sort of makes reading the comics a commitment. And that's sort of always been the opposite of what I had in mind when it came to reading little stories about aliens with an overinflated sense of justice.

I think I gave it a good run. An article I wrote on "what do women want in comics?", which was really just a question more than an article, continues to get hundreds of hits per month. And that's kind of cool. It's nice to know you're giving folks something to read, and it certainly was getting more hits than The League ever receives.

But I was also losing a good chunk of every weekend writing about what a swell comic I find Blue Beetle. Life isn't quite the same here as it was in PHX. I actually have stuff to do here, and I kind of want to enjoy it. And my comics.

There's other stuff I want to try, too, you know. I once wrote some prose stuff. I'd like to finish that. I have stuff I'd like to try to draw myself and try out the Comic Creator software Jason got me for my birthday. I'd like to work on my choreography for "Steanso: A Rock 'n Roll Dance-Splosion!".

Anyhow, it was fun. I gave it a shot. Maybe someday again. In the meantime, you can probably expect to see an increase of comic-related blathering here at the League.
Posted by The League at 9:24 PM 6 comments:

Thanks to RHPT and Peabo