When I was a kid growing up in Austin, I recall it was a pretty big deal that Lady Bird Johnson still maintained an office in the LBJ Library. The rumor was that they couldn't build any structures higher than a story or two between her window at the library and the Capitol, lest anything obstruct her view. It wasn't that Lady Bird Johnson was supposed to be mean and bossy, but nobody really wanted to obstruct her view. I thought that must say something pretty nice about the lady.

At some point when I was 12 or 13 my folks were customers of The Bank of the Hills, which belonged to the Johnson family. I still recall my folks going to the opening of the new building out near 620 and 183 (when the area was a field) because they heard Lady Bird would be there shaking hands. Sure enough, my folks were just two of the rubes who Lady Bird shook hands with that night. I believe Lucy may have been there as well. I remember finding it mindblowing that she was involved with family business and would just meet any old person who wandered in to the bank that night. (I think i stayed home, watched an Arnie movie and ate fish sticks).

We have Lady Bird to thank in Austin for Town Lake Park, the LBJ Library, the control of billboard proliferation, the planting of wildflowers along the highway, and, of course, the Lady Bird Johnson Wildflower Center. She was also involved with Austin's KTBC during its glory days. And, of course, she was also involved in her husband's campaigns in Texas and National races.

Finally, she was also a Journalism major at the University of Texas, and thus a fellow Longhorn. It is my understanding that she also was available as a guest speaker during the semesters in which Dr. Lewis Gould was teaching his "First Ladies" conference course for the History department. (Unfortunately, I found out about the course after it was no longer offered with Dr. Gould's retirement.) 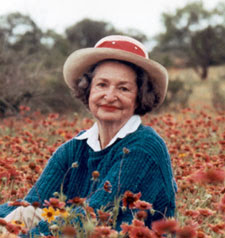 I've received basically the same article from at least two people (thanks Peabo and Maria!).

The basic gist of the article is that a guy filled 100-odd helium balloons, tied them to his lawn chair and floated 193 miles.

There is a word for that, Leaguers: Totally awesome.

In this era of "pioneers" being defined by which CEO of a company which happened to build a nifty piece of software, give me a dude who straps 105 balloons to a lawn chair, packs a brown bag lunch and cruises 193 miles. Humanity has more or less lost its taste for adventure, so every once in a while it's up to a guy with a half-baked plan and a love of colorful balloons to really break the mold.

I swear, back in the 1920's this guy would have been a national hero and had a sandwich or something named after him. Even today we'd be like "Why do they call it a Couch Sandwich?" and your trivia-spouting friend would say "Oh, it's named after Kent Couch." And you would totally know what that means.

Mr. Balloon Jockey, I salute thee! It would take three or four times that many balloons to lift my XXXL-sized carcass (plus the thermos of coffee) across the sky, and I don't even know where to get big ballons, anyway. But I'm a lot jealous.

I suppose I'd also need a fairly durable lawn chair...

Anyhow, Thanks for accomplishing what they said probably shouldn't be done. And I think was a topic once on Mythbusters. So go figure.
Posted by The League at 11:53 PM 1 comment:

We had two more entries as the day progressed! 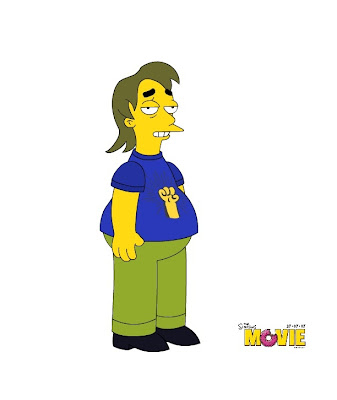 Jason. Sort of. This is his try.
I tried to make a Jason avatar. It was sort of tough to capture his manly, Samson-like hair. 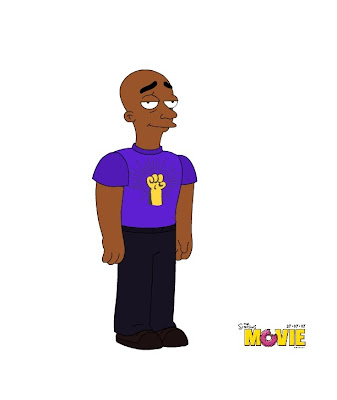 Supposedly Randy. I assure you... not Randy.

Note that both are wearing the same shirt.

SUPERMAN at the Paramount on SUNDAY

I'm going to be a bit out of pocket for a few days while the in-laws are here, so I'm posting now.

SUPERMAN: THE MOVIE will be playing at the Paramount Theater on Sunday JULY 15th at 7:00 PM.

The League of Melbotis reps will be there nice and early to get a good seat. You need to be there, too!

Come for all the fantastic fun and Ned Beatty one director can cram into one movie! 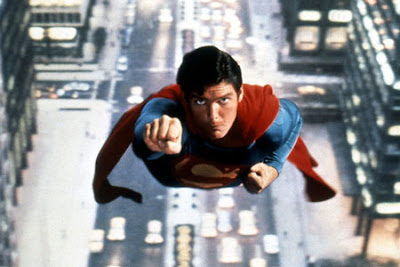 SUPERMAN, COMING AT YA!!!

Compare and contrast Margot Kidder and Valerie Perrine! Compare and contrast Gene Hackman and The League's own JAL! Thrill as Superman saves a helicopter! Gasp as Lois's thoughts are transformed into poetry! Cheer as Ned Beatty walks through a train station! Trip the light fandango with a baby in a chandelier! And BRANDO IN A POWDERED WIG...!


ONE NIGHT ONLY!!! JOIN THE LEAGUE OF MELBOTIS AT THE PARAMOUNT ON SUNDAY @ 7:00 for THE MOVIE THAT WE'VE ALREADY SEEN AT LEAST TWO DOZEN TIMES!!!!
Posted by The League at 8:28 AM 5 comments:

The League's own JAL Simpsonified 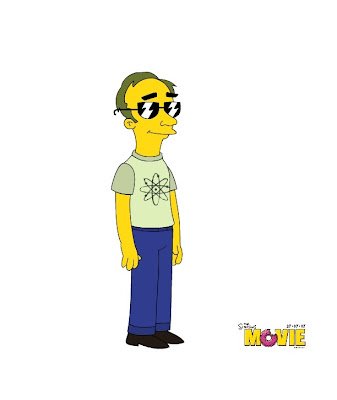 For those of you who have never seen JAL, this is eerily accurate.
Posted by The League at 5:47 AM 1 comment:

Today I got my hands on an iPhone. You know, Steve (can I call you Steve?), I was more than a little skeptical about the iPhone.

Anyway, let's just say that I'll be your spokesmonkey for quite a while if one were to find it's way into my mailbox.

Your League in Springfield 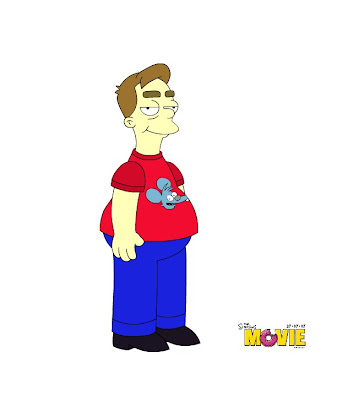 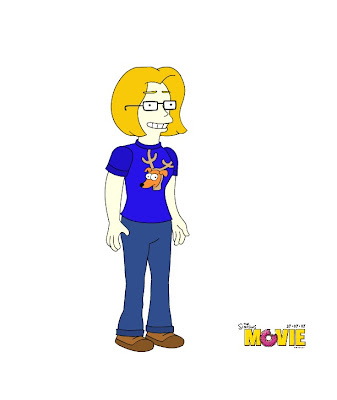 It's been a fun weekend. Yesterday we finally used the Element for the task which I had in mind when I picked it out. You can take the back seats out of the Element, so I took one out for more space. We loaded up the dogs (including Cassidy), and Jason, Jamie and I headed to the Barton Springs spill-over.

I admit, I'm a total worry wart about the dogs, so I think I spent the whole time trying to corral my dogs, who aren't that used to water and who tend to spaz out when other dogs are around. I am sure the other folks were tired of my constant calling to all of the three dogs, so I feel a bit like a heel. I feel even worse because I think my insistence that we leave (because Lucy kept pestering a tiny dog) interrupted Jason talking to some cute girl who was hanging out with her dog. That's me. The League: Scene Killer.

Now here's the other pro-dog thing about the Element: rubber floors. The floors are still dirty, but all I need to do is get a wet rag and clean them up. It's kind of cool.

Or would be. I hadn't initially put on my suit, so I went back to the car to put it on. Lucy jumped over a four foot wall and followed me back to the car. It was both heart warming and a bit weird to see my girl abandon the water and fun just to help me change pants. Anyhow, dripping wet she jumped in the car and shook herself dry.

Let us hope the talk about the sturdy material of the seats was not just a sales pitch.

Saturday night we went to see "Sicko" with Carla and David. We also had a nice dinner at Chinatown. Always a good evening with CB and David.

I had spent some time writing up a bunch about Sicko, but I also don't feel like moderating a comments section which would surely go into meltdown. Suffice it to say, with our personal situation, I am well aware of the issues in the film and I have some personal feelings wrapped up in the topic I'd rather not get into.

I've also come to peace with Michael Moore as a filmmaker. Once you know what to look for, you know...?

Sunday was mostly chores, some comic blogging, lawn mowing, and then Jason and Reed came by for a pizza and some Wii.

Jamie smoked me in bowling, but I am the grand champion of boxing.

Hope everyone had a good weekend.
Posted by The League at 11:49 PM 3 comments: