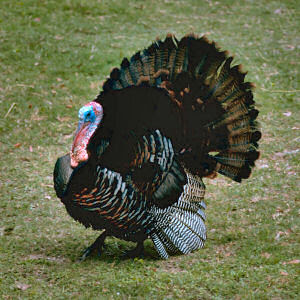 So I saw Meredith has wisely posted her Thanksgiving column before the Thanksgiving madness had begun. And, as much as I am unsure of my own schedule this week, I don't want to write this thing for an audience that has skipped out on me for the annual tryptophan overdose. And while most days I'm unsure of whose hanging about and reading, if I'm going to spill my heart, I ain't doing it for, like, 5 hits.

Anyhow, for me, personally, its been a... weird year. But that doesn't mean I have nothing to be thankful for. To the contrary! Sometimes a sorta-off year pulls things into focus, and you can re-evaluate.

This year I am thankful for Jamie's relatively stable good health. We've had a bump here and there, and we have a lot to think about next year. But it's been a good year, and despite Jamie's many challenges, I think she's doing well.

I'm thankful for the opportunity to work, of course. 2008 did not go at all how I would have liked professionally, and it wasn't much fun. But good people gave me a second opportunity when they could have easily passed on me for contract work. Then, of course, I've landed what I consider to be an enormous opportunity back at the University. And all during a period when many, many other people are in less fortunate positions.

I'm thankful for old friends, new friends, and old friends with whom I've re-connected. For a family who is as supportive as someone could ask for, and who is also physically closer (and/ or is planning to be). I'm also thankful all of you Leaguers out there in Leaguer-Land. You're tops.

It's a tough time out there for a lot of people this year. Perhaps more so than usual. The press is going to have you believing that the future is more uncertain than usual. But we never really know (or we wouldn't be in half the jams we're in now). Be thankful for what you've got. Make sure you let people know how glad you are that you've got them.

I hope you have a great Thanksgiving planned.

Now go have some Turkey.

Also, I am thankful for UT's inexplicably high BCS rating, Superman comics, jobs where you can wear jeans, new comics on Wednesdays, good Batman movies and probably a hundred thousand other little things.
Posted by The League at 9:33 PM