Recently, the in-laws came to town. Jamie's Dad (that's Dr. McB to you, mister!) took some photos and sent them our way. We're not really done with the house, but this might give you an idea of what we're up to.

If you're looking for a house in Austin, btw, I totally recommend our realtor.


Why, look! It's a comforting suburban street in Anytown, USA! 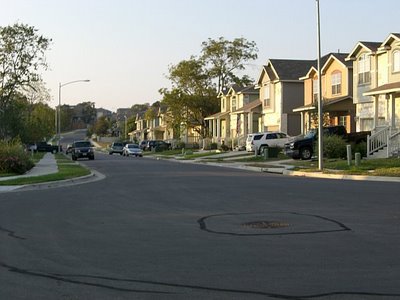 This is our house. There are many like it, but this one is mine. You will note the upstairs and downstairs patios. A big selling point. 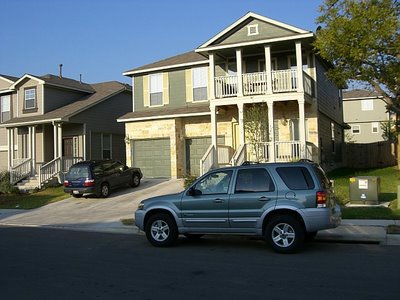 These are the shelves we painted red. Now many Supermans and Batmans dwell upon the shelves. It's probably a little overwhelming, but not nearly as much as my office will be when I finish. Yes, these shelves are in one of the two living areas which comprise the downstairs. 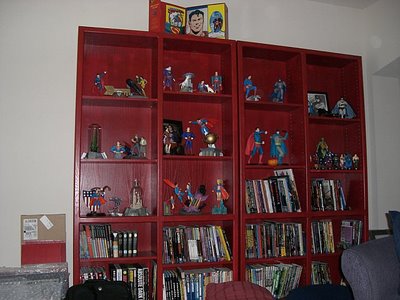 And there's me with my giant Spider, Mr. Spider. He was a gift from the in-laws. Mr. Spider used to adorn the walls of their home every Halloween, but Judy decided to give Mr. Spider up so now he has a new Halloween home. And given the number of spiders we've found in the house, Mr. Spider will have lots of friends. 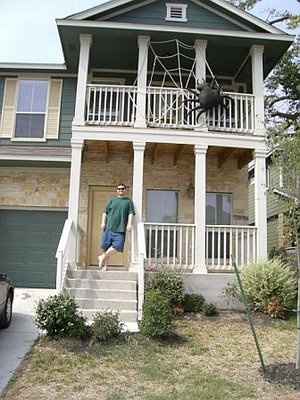 the photo was taken before Jim Deadman had been constructed. photos of Jim Deadman will hopefully be forthcoming.
Posted by The League at 12:05 AM