It may be tough to imagine disliking something which doesn't exist. This time of year, sure, you get your Scrooges declaring Christmas a humbug. But you rarely hear them say: "Gee, I hate Santa". Or, "that Rudolph is a total phony."

But, circa 1997, I bore witness to my first open assault on unicorns. I was taking a screenwriting class I was throughly enjoying, and had allied myself with a certain, outspoken fellow. JimD was someone I'd become friendly with during the time-leaching "Intro to Screenwriting" class. We'd become pals when he said "Yeah, I used to read lots of comics." Now, he was one of the few sane people in my class, and we were both equally enthusiastic about the opportunity the course presented.

During this class (the one post-Intro), one of our fellow student screenwriters had written a script I shall describe as "Cloak & Dagger" meets "War Games".

The format of the class was somewhat brutal, especially for fragile creative types. Each week, you put the ten pages you were required to write into a box for your classmates to read. They would give you written feedback. Then, once every few course sessions, you'd have to sit while the other students put your pages up on the overhead and asked you questions (ie: trashed your script). It was a great exercise in separating your ego from your work, lest you break down and cry. Indeed, you either embraced the process or went into meltdown.

During the "Cloak & Dagger" guy's evaluation, it came to light that a key element of the screenplay was a unicorn-shaped necklace given by one lead character to another. The unicorn necklace came into serious play during the climactic scenes of the script.

After some mulling, JimD raised his hand and said something along the lines of "It can't be a unicorn."
"Why?" we all asked.
"Unicorns are lame," he said, with the authority of one who knows his unicorns.
"What?" the hapless screenwriter was now (wisely) taking a defensive posture.
"Dude, nobody likes unicorns."
"I think it's okay."
"No, nobody likes unicorns."
"I don't see anything wrong with it."
"Dude," JimD turned to the class for help. "Does anybody here really like unicorns?"

I sat and thought about it as the exchange went on for longer than expected, realizing that, at age 22, I had really not given the matter of unicorns the appropriate consideration. 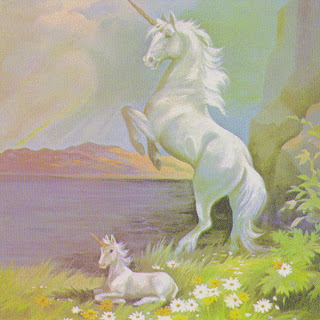 An irritating pair of unicorns.

I recalled thinking unicorns were pretty cool when I was in second grade, having had what had to have been a pretty goofy folder that featured a unicorn (a unicorn which bore pegasus-style wings, no less) flying across a cosmic star scape. Later, at the Texas Renaissance festival circa 1983, I had seen a sheep with a horn glued to his head and touted as a unicorn (apparently the horses were glue resistant). The "Dungeons & Dragons" cartoon, which I adored, featured a unicorn (named "Uni", no less) and I'd never thought too much about that. I played a lot of Dungeons & Dragons as a kid, and so I think I was pre-disposed to giving the fauna of faerie-land a bit of a pass.

But I had to ask myself: Did I like unicorns?

There had been a unicorn incident. In first or second grade, my folks had dropped me off to see "The Last Unicorn". I have no recollection of the movie, other than that it must have been a fairly bleak story. I was unable to sleep the night after I saw it, feverish, and, as I recall, a little irritated with the titular Last Unicorn for some reason. I have never seen the movie since.

"Nobody likes unicorns!" JimD was still insisting.
I looked at my watch. The conversation had been going on more than five minutes. People were becoming a bit uncomfortable, I believe, at JimD's anti-unicorn belligerence, paired with the scree-writer's pro-unicorn stance. It was a stalemate, and neither side would blink.
"Who else," JimD confronted the small class, "likes unicorns?"

What the hell was a unicorn, anyway? I mean, I remember hearing that in medieval times people thought unicorns gored folks with their horns. That was sort of cool. But those people also thought elves lived in the woods and that taking a bath was evil. So their unicorn knowledge was probably shaky at best. 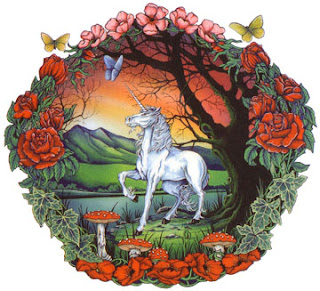 this unicorn is really annoying

Now, unicorns mostly festooned air-brushed t-shirts you could buy at the fair, pranced around in flower-littered glens and showed no signs of goring people with their horn. They're total snobs, hanging out only with maidens, pegasi and each other. They contribute nothing, unless they "majestically" ran along a rainbow, pooping cheer on all who dares to look up.

Like the Tri-Star horse jumping over the T in Tri-Star (but clocking some poor grip on the head with his hoof), it hit me. 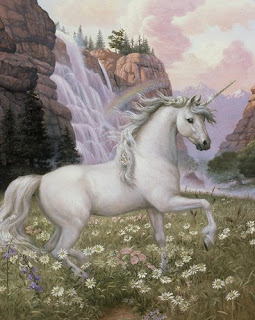 a typical, stupid unicorn. How I hate them.

I had no idea why, but JimD was right. Sure, this made JimD more than a little like the Darkness guy from Ridley Scott's "Legend", but I was no Tom Cruise, or even one of the chubby dwarf guys. I was the little green troll dude, totally ready to take down some unicorns if it meant eternal winter and that the annoying girl became a rad goth grrl.

"Yeah, okay," I admitted, "Unicorns are kind of lame. But if that's what he wants..."
"See!" JimD turned to the screenwriter, triumphant.

The guy kept the unicorn necklace in the script, where it remains, unproduced, to this day. I do not know how much JimD actually KNOWS about unicorns. I assume it is a lot. In the years that have since passed, to my knowledge, we have spoken of the matter only twice.

I also hate Rachael Ray. She makes food that any idiot with a box of Triscuits and a can of Cheeze-Whiz can make, all while rambling like a clock-watching dental hygenist ready for her big weekend at the lake. Further, Rachael Ray has usurped the rightful place of Giada De Laurentiis as the queen of Food Network, which is unjust, as Giada De Laurentiis is obviously a total fox. 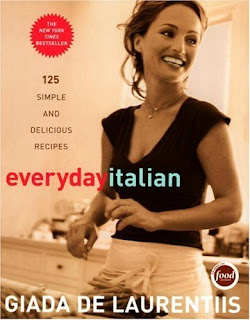 All that said, Rachael Ray and I agree on more than the fact that, honestly, if you can't just make it with Triscuits and Cheeze-Whiz, you might as well hire caterers.

Rachael Ray also hates unicorns. I'm totally lifting this from someone else:

"I would smile all day long, every day, if it guaranteed a unicorn getting punched in the face. I find them really annoying." - Rachael Ray, responding to queries posed in Entertainment Weekly's "Stupid Questions" column, (10-20-06).

Here, also is an example of a GOOD use of unicorns. 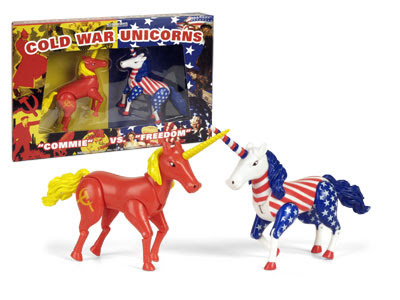 With these unicorns, hopefully, the democracy-loving unicorn will defeat the evil socialist unicorn. Then, we can kill and eat the freedom-championing unicorn, savoring his patriotically succulent juices while picking any stray commie-bits from our teeth with his red, white and blue horn.

Here is a link, courtesy of SG Harms, regarding the wearing of unicorn shirts.

So I don't like unicorns. I think they're dumb. I'm much more about hippogryphs, and wyvern.

So League of Melbotis has a new mission: We're going to expose unicorns for the frauds they truly are.

If you have any good unicorn stories, pictures, etc... please send them on.

We're making the world a better place, one less unicorn at a time.

Unless it's this unicorn, who is totally awesome.
Posted by The League at 11:37 AM

I just wanted to let you know that I also hate unicorns. I think Rachel Raye said it best "I would smile all day along, every day, if it guaranteed a unicorn getting punched in the face. I find them really annoying".

My roommate and I are putting together an anti-unicorn page however finding pics to complete this is proving to be quite difficult. If you know of any please let me know. Quaddity@hotmail.com