Dodging a bullet (unless you're Ted Kord)

WHat the @#$% is wrong with Hollywood?

As you may recall me mentioning here, before the writer's strike last year Warner Bros. was working on a Justice League movie.

The plot was going to roughly follow, for reasons I cann't even begin to fathom, Rucka's "OMAC Project" mini-series, part of the Countdown to Infinite Crisis event from a few years back.

If I have to take a guess as to how this happened?

The screenwriters assigned weren't really familiar with DC Comics, but were savvy enough to know that they didn't know much about modern DC Comics. And so they poured over recent releases, finding the OMAC wing of the Infinite Crisis plotline kind of fascinating (it is), and went from there.

Who knows? Maybe it was a good script, but the best script in the hands of a director without a feel for the material is never a good thing.

I do know they were going to cast this guy (Maxwell Lord: 40ish billionaire sociopath) 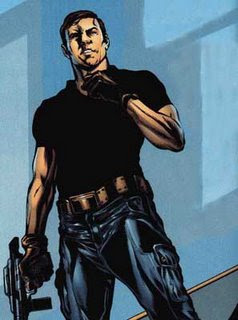 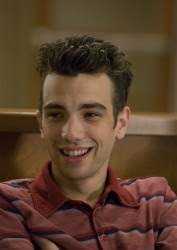 Keep in mind, director Miller's vision of the JLA was also 20ish, telegenic folk fresh from OC casting calls. My guess is he decided the ultimate foe for the JLA had to be a hacker of some stripe, and this guy looked like a hacker to Miller.

Anyway, the movie isn't anywhere close to actually being made, and is, in fact, moving the opposite direction. Which is a good thing. So very, very much of what they mentioned wanting to do sounded like the same awful JLA TV Pilot-style adaptations that turned people off from super hero movies until Spider-Man. Greater FX do not a greater movie make.

Hopefully the success of The Dark Knight is giving DC/ WB a serious rethink on how these properties can be handled.
Posted by The League at 1:36 PM

Let us hope and pray Dark Knight makes the bedrock upon which Justice Leauge is founded.