Back from Houston/ Here's some of those tapes

Jamie, Lucy and I went to Houston over the weekend to visit with my grandfather. He was feeling better this weekend than he has in a while, so it turned out to be a good time to visit. I was pleased to see how nice his assisted living facility had so many amenities.

It's an odd sort of communal living, and while I understand 100% why they have it for older folks, man... you'd think a bunch of apartments with a sort of cafeteria for non-older folks might sell, too. If anyone wants in on my idea for a unique development project, send me a note. 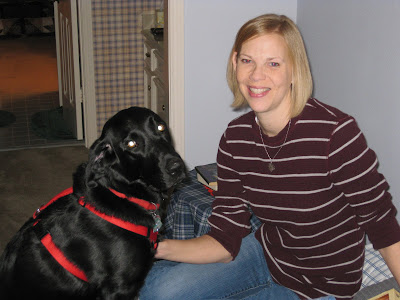 Here's Jamie and Lucy sitting on the bed in my old room. A rare occurrence for Lucy to actually look at the camera.

I forgot to take a picture or two of my grandfather, which is actually why I stuck the camera in my pocket. But since we were on the topic... 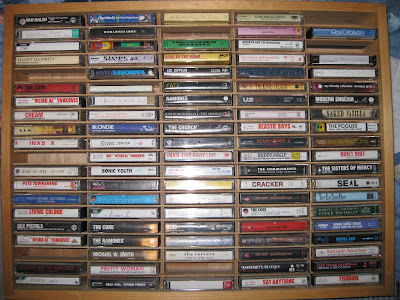 Here's a small portion of my tape collection left at my parents' house from yesteryear. A lot of my tapes went to college with me, and so a lot of the cases were actually empty. I had a few other tape containers as well, but I have not a clue what became of those cases/ tapes/ etc... 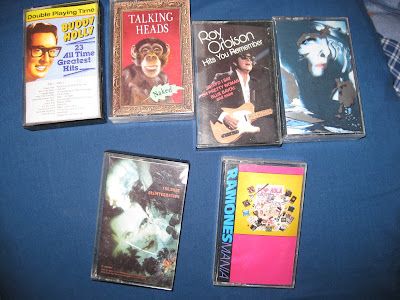 I actually found some of those tapes that I was talking about in my last post. 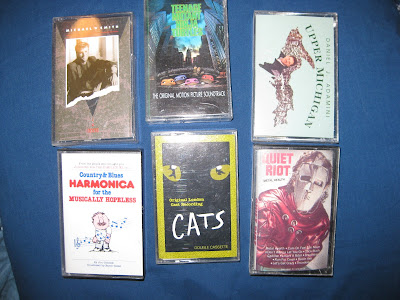 As well as many that I was slightly less excited about. 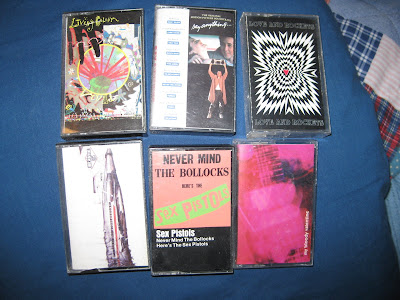 And some I probably should have mentioned but did not.
Posted by The League at 5:46 PM

Oh My God, you bought Give My Regards to Broad Street!

Some of these are Jason's tapes and some are my parents.

We actually went as a family to see "Give my Regards to Broadstreet" at the Village theater in Austin during its initial release. I don't really remember much about it other than the bear cartoon which preceeded it and that it was the first time I hear Eleanor Rigby.

But the cassette was probably Jason's via my parents.

Don't knock "Give My Regards to Broad Street." There's a nice medley of "Yester/Here, There & Everywhere/Wanderlust" on that soundtrack. Never saw the movie. Nice on the Urban Dance Squad. Deeper Shade of Soul! Yeah, eah-eah-eah! - JMD

I don't think either of us was knocking the album or movie. I just haven't seen it since 1984 or listened to the album since 86-ish. And Nathan is a pretty big Beatles nut, so I think that was more a "you have this semi-esoteric album in there with Whitesnake! Holy cow!" exclamation.

Strange that you have Digital Underground's EP.

I don't think I do. I'm not sure what you're looking at. I have Urban Dance Squad's album, but that's a whole other ball of wax.

I did kind of like Digital Underground, though. At least what little I saw on MTV. Like any other kid, I was slightly into party hip-hop, and who could turn away from the vocal stylings of Humpty? So, sure, maybe there's some Digital Underground in there.

The harmonica thing was a Christmas present. I think I gave up after the second lesson.

Quiet Riot came from a garage sale. Aside from the hit single, I don't think I cared too much for the rest of the album.

Still a great cover, though.