Not only was it a Wednesday, necessitating a trip to Ye Olde Austin Books, but a few items I'd ordered long ago online showed up.

My copy of "The Life and Times of Martha Washington in the 21st Century" showed up. For you kids who weren't around in the late 80's, imagine in the wake of "Dark Knight Returns" and "Watchmen", the writer of DKR (Frank Miller) and the artist of Watchmen (Dave Gibbons) teamed up for a near-future tale of an America gone wrong and how the least among its citizens overcomes everything thrown at her.

As a kid, I have no doubt that this work influenced my malleable impressions of life in these United States, and that it ossified into at least some part of the super structure of my current world view. Because it wasn't Batman, not as popular as Dark Knight or Watchmen. 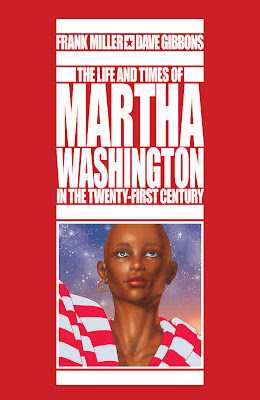 The book, and absolutely massive tome, includes the complete story of Martha Washington, of which I missed a part as it came out during a period when I was only sporadically picking up comics. So I get to read "Martha Washington Goes to War" for the first time in the phenomenally presented oversized pages.

I've not talked too much about this series in the past as I didn't own a collection of my own. And, quite literally, when I was considering what a weird hole it was in my collection, this collection was announced. So there you have it.

Also making an appearance, the release of Absolute Promethea, Vol. 1. 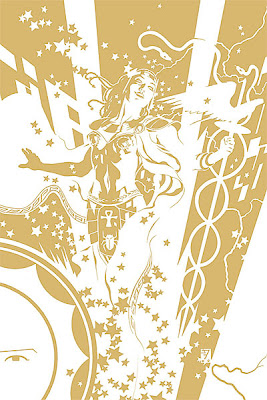 We've absolutely talked about about Promethea before, so I won't dwell on it, but I'm a fan of this comic. The art is, I do not exaggerate, some of the absolute best to appear in modern comics (which is why, if you're currently missing Rucka and Williams' run on Detective... why?), and this is where Williams made a splash in American comics.

Writing, by the way, is Alan Moore being didactic, hilarious, grim, etc... and generally upsetting a lot of comic readers who couldn't just enjoy this thing for what it is/was.

Anyway, a couple of great books, and I am glad to have them in the best editions comic companies generally release. 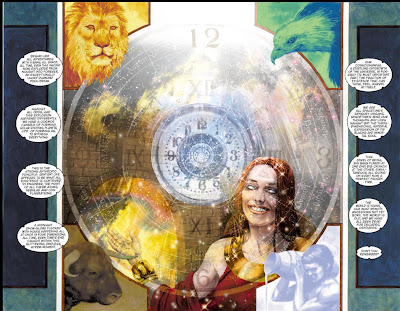 Absolute Promethea is on my list of books to pick up. I've read it all in trades and it is absolutely fantastic. JH Williams art on this book is mind blowing. Combined with Alan Moore's prose the results are some of the best comics I've ever read.