What a holiday! I am not at all ready to head back into work tomorrow, but head back in, I shall.

Wednesday evening Doug and Kristen arrived from Berkeley, and we met up for a small family dinner of Tex-Mex.

Thursday was the big day. You've seen photos, and I briefly posted on the Texas A&M/ Univ. of Texas game. Holy smokes. An amazing roller-coaster of a game. TAMU fans have a lot to look forward to next year, especially as UT goes through a re-building year with the loss of McCoy, Shipley, Houston, et al.

Friday we went to the Alamo South to watch "The Fantastic Mr. Fox", which was even better than I had heard. It's difficult to point to exactly why the movie hit a chord with me, but a smart script, great animation, well-defined characters, etc... and Wes Anderson's always great use of music (Wilson's "Heroes and Villains" appears early on), made for a very satisfactory movie-going experience.

Afterwards, we hit "The Highball", which is Austin's new bowling alley/ bar/ restaurant from the creators of the The Alamo. It was actually a lot of fun. Jamie and Doug rocked at skee-ball. I enjoyed the heck out of my "Dr. Pepper Ribs". Not sure Jamie felt the same (we shared).

We followed all this with a viewing of "Santa Buddies", Disney's 9th installment in the largely straight-to-home-video "Air Bud"/ "Buddies" series of films. This was done somewhat on a dare when Leaguer Nathan C., a station manager at San Antonio's Texas Public Radio sent me a screener-copy of the movie. I now owe Nathan and the city of San Antonio an honest review of "Santa Buddies".

The next day we hit Mary's Taco X-Press (which was amazingly un-crowded), visited South Congress (and "Hey Cupcake"), then went for dinner at Jamie's folks' place in San Marcos.

This was followed by a screening of "D War: Dragon Wars", which you may recall we discussed at some point in 2008. The movie is no better, but was significantly assisted by RiffTrax. But I felt that if Doug was going to watch the movie, he should really do so with someone who had been there mentally and emotionally.

This morning we had fake-McBride-Christmas as Doug and K will not be in Austin for the Holidays. Some gifts were exchanged, we had a wonderful Christmas-morning breakfast (including Holiday tunes), and we made merry.

One gift which had been bestowed was a copy of the new Super Mario Bros for the Wii, which I am thoroughly enjoying (even if I'm awful at it). We also received a popcorn popper and a pair of DVD's.

Also watched the Tennessee Vince Youngs play the Arizona Leinarts, complete with a last-second VY pass into the endzone for the victory.

This afternoon and evening, Jamie and I put up our interior decorations for Christmas, so we are quasi-ready for the Holidays. With Scout having her first Christmas here, and with her needing space for her crate, we opted for no tree this year. A bit sad, perhaps, but I'd rather not risk Scout deciding to eat a fake tree, grab glass ornaments, etc...

I hope your Holiday was a good one. 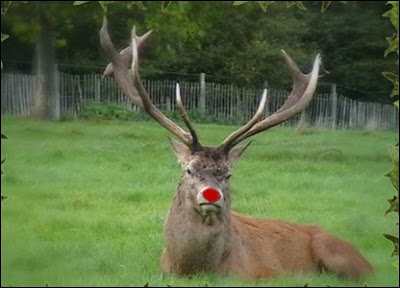 UT will not be rebuilding next year. In fact, UT does not rebuild anymore, they simply reload. They have had a top five recruiting class every year for the past 10 years. The backup to Colt McCoy won the Texas 5A high school championship last year and is one of the best QBs in the country. They are once again dominating recruiting in this region and nationally this year (they will have another top 5 class). UT's backups would start for most teams in the country.

Mack Brown has built an incredible, elite program that continues to gain power each year. And to think UT fans wanted him fired before the 2005 National Championship run.

The Empire is strong and relentless.

at least you aren't letting it gnaw at you.

Look, UT has spent a lot of time and money on putting together an excellent program, and its bought them the semi-tangential dividends of several good seasons in a row. But next year we're losing several stars, and it will take at least a year for our offense to get its act together with Colt's departure.

Looking at OU this season is reason enough to know that there is no certainty in any season's play. Muschamp's contract is ridiculous by any measure, and I am not sure what photos he has of Deloss Dodds and Darryl Royal doing what that he wound up with that promised job and hefty pay-day. The TAMu game wasn't exactly a resounding vote of confidence in the man.

You don't need to look further than Notre Dame to see how a storied program can begin to lose its luster. That could be UT next year. You never know. I don't think high school success guarantees any more than collegiate level success when those guys go pro and immediately dive-bomb.

Well, Sherrod Davis probably will end up being a good quarterback, but there's still going to be a transition period in which UT has some adjusting to do (which is evidenced whenever Davis takes the field during our current games). Plus, the loss of Jordan Shipley is going to be felt more profoundly than a lot of people have recognized thus far. That guy has been one of the most consistently solid players on the team, but his effectiveness keeps getting somewhat overlooked because of McCoy.
I agree that UT has really managed to build up its recruiting efforts, but sometimes I wonder if the trade off for that isn't a bit of occasionally questionable coaching come game time (Greg Davis hasn't seen a third and long situation that didn't look good for a slow developing run play or a short, no yardage pass. Seems like his general philosophy is often to just keep punting the ball and wait for God to intervene by making the other team mess up).
Muschamp is getting paid a million dollars not so much because he's the defensive coordinator (although he's generally a good one) as because they want to keep him tied down to become head coach when Mack Brown retires.
UT is a powerhouse team, for sure, but they're also often overhyped. I'll admit that they mostly played a powderpuff schedule this year, and OU didn't even have Bradford at quarterback when we pulled off our win against them.
Anyway, UT is good, but I truly think that they're by no means invulnerable. To be honest, this upcoming Big 12 championship game against Nebraska has me a bit worried. They're good enough to come out guns blazing and cause some serious trouble.

My mistake, by the way- I meant to refer to Garrett Gilbert when I mentioned Sherrod Davis. My brain misfired. (Sherrod Davis is an okay backup. Gilbert has only played a bit. I'm sure he'll keep getting better, but we haven't seen much out of him so far in terms of spectacular passes or plays or anything.)

UT next year won't be a mediocre team but to say we are just going to reload is supremely confident. UT has built an empire under Mack Brown and Dodds but the dual edged sword of college football dominance as opposed to mediocrity is a very fine one. One only needs to look at the recent troubles of USC under Pete Carroll to see how fast a collegiate program can slide. USC lost to Stanford and Washington, the Baylors of the Pac 10. After the Longhorns won the championship in 2005/2006, UT went on to a 9-3 record with losses to Kansas State and A&M. There is going to be alot of offensive positions without senior experience being led by a sophomore quarterback. So, I always hope for the best, be positive but understand that college football is just plain nuts.

Remember the words of Yeats: "Things fall apart; the center cannot hold; Mere anarchy is loosed upon the world"