League of Melbotis soft-launched in March of 2003.

You can see that first week's worth of posts by clicking here.

Its worth noting that I actually pulled down the League after its first week, then put it back up. I might have saved myself and all of you a lot of time and trouble if I'd just shut it down back then, but then who would have been around to give you lengthy reviews of "Santa Buddies"?

Greetings, mortals. This is my very, very first post to this blog. Jim Dedman is a weenie.
posted by Ryan at 10:29 AM

Two years into the Bush presidency and a year and a half out from 9/11, America was in an interesting place. We'd rolled into Iraq in a war that made little sense to me at the time. I did not understand how, if Iraq indeed had the WMD's we said they did, they hadn't lobbed them at our military as they spent a month gearing up on Iraq's borders. I also couldn't begin to guess what the gameplan was for occupying such a large and hostile country in the wake of an invasion.

Those early posts are fascinating to read in the here and now. At the time, I was in a very different place in my life. I had no real reason to believe my parents would find the site, nor anyone else that I not pointed to the site. Blogs were only semi-known as a publishing medium, and I couldn't fathom anyone Googling my name (and once it became clear that was an issue, I began referring to myself in 3rd person as "The League").

Jim and I were passing emails on various political topics back and forth, and looking at some of my opinions now, I don't necessarily think I was wrong, but would certainly address the issues in a different way.

Its also clear the contempt with which I held The Valley of the Sun. Neither Jamie nor myself were very happy when we arrived in Phoenix, and after four years, at best I'd say our opinion didn't improve. With three years behind us back in Austin, the majority of the four years is a blur of long work hours, hospital visits, odd social situations, boredom, and the endless planning necessary for scheduling visits to Austin, Houston and Lawton.

Last night Jamie, Jason and I were watching a Canadian documentary entitled "Cat Ladies" (recommended, btw), which reveals how managing, caring for, rescuing, etc... of cats has become a crutch and coping mechanism for the women in the film (a cop interviewed from the Toronto animal detail states that 99% of the animal hording cases are women).

Its not a huge leap to say that some of my obsession with comics, etc... and, indeed, getting into the habit of blogging stemmed from my own dissatisfaction. At one point, I considered winding up this blog when we returned to Austin because I was aware that the person who was writing this site in Chandler, Arizona would be a bit different from the one who was writing it in Austin. However, in the end, documenting the return and re-engagement with a life we'd left behind (and, of course, the aspects of "you can never go home again" which followed) was all part of it.

By April 2 of 2003, I was already ranting about Superman. Superman, comics and pop culture would immediately begin to overwhelm the conversation at LoM. I've never been particularly comfortable arguing politics, and find it odd that I thought a public website discussing politics was a good idea. But we can talk Superman, or Spidey or the latest movies without faces changing color or people feeling like they absolutely must have the last word.

By April 03, 2009, I was getting into details of the latest releases in comics.

At one point, blogging was still fairly new, and I wondered if LoM wouldn't accidentally find itself a wider audience of comic fans. There were little flirtations as I was linked to from bigger sites such as The Beat once or twice (Heidi is still my gold standard for industry coverage), the old Blog@ Newsarama, etc... Always enough to spike interest for a day or two, but I wasn't able to get any real traction.

Luckily, I had no expectations, just wishful thinking. And I do think that my comic work at Comic Fodder made a dent or two in fandom and saw quadruple digits on a couple of posts.

As I didn't believe my folks or anyone else was reading LoM, the language in those early posts is a bit salty. I don't apologize for that. It was what it was, and once I knew Judy and the KareBear were reading, I cleaned things up a bit, and also learned that "@#$%" is infinitely more satisfying than actual profanity, anyway.

And every time I type it, I think of Sgt. Snorkel from the Beetle Bailey comic strips I read obsessively as a kid, and who I recall first employing the tried-and-true technique.

Leaguers may recall that early on, I didn't have titles on my posts, didn't have a comment section, etc... For years, we used HaloScan, and it was a tough decision to abandon the comment section that was sort of the comments of record. We've used the embedded commenting tool for a few years with great success, but I've since lost the comment the time musician "Meco" showed up in the comments to outline how George Lucas had screwed him on the Star Wars Christmas album, and when I'd complained about a McDonald's commercial and the actor's aunt wrote in to tell me I was a @#$%.

Here's a pic I posted on our 3rd wedding anniversary. 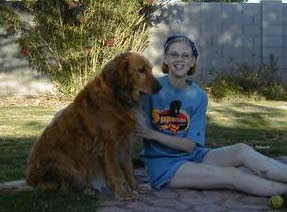 kind of sums it up

Here's my first link to Randy.

Its been a long, strange trip.

It is true that, in part, I am looking to close the blog to close a chapter in my life. Many of the reasons why League of Melbotis sprung into existence have wound down or come to a natural conclusion. We're in a different place in how we're dealing with everything from politics to career to comics. And, of course, we're going to have to dig deep when we return to a few outstanding projects that we promised ourselves we'd do touch on again some day.

And who knows? We could be back.
Posted by The League at 3:51 PM

See!! "We could be back." See!!! This blog has had more farewell tours than Ozzie Osbourne.

Well, I prefer to compare myself to Cher, but I get the reference.

I have always said I will revisit the blog on April 20th of 2010 and make a decision what to do at that point. No promises.

Given how you shuffle about the house and act confused a lot of the time, I'm sticking with my Ozzie comparison.

I'm hoping you'll come back with more guns and Bill Paxton... you know, like Alien to Aliens... a natural progression.