So, yes, I am working on a new column for Comic Fodder. I don't think this week's column was necessarily the way I want to format the column, and I have changed the name (it was called "Routine InfoCom", but I decided that sounded more like the name of Aphex Twin album than a comic column). I have decided to rename the column "The Signal Watch" in honor of Jimmy Olsen's oft needed device he used for summoning Superman when he'd landed in trouble.

Aside from that, not much to report.

Lucy ate a tin of mints yesterday. That was interesting. 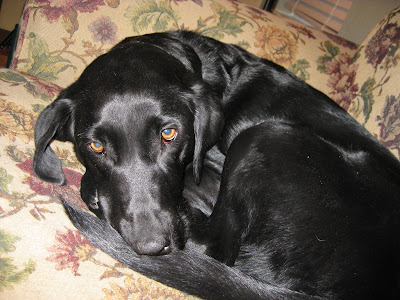 I cannot blame her. They were novelty "bacon mints" I'd bought for Jamie at Christmas.

Today two of my co-workers informed me they're following this site. That's never really happened before, so I'm not sure what to do about this lack of separation between work/ life as the two worlds meet. Ah, well. Hi, Kristi and Dan.

I feel a bit guilty about the light blogging, but that's the way things go sometimes.
Posted by The League at 9:51 PM