Hey, Facebook Fans (and RSS fans, and the rare few of you who seem to actually click on the URL these days). At last count, we were up to 38 fans. And that's good stuff!

I was asked today why I'd set up League of Melbotis to feed into Facebook. Well, I sort of senselessly resisted setting up an RSS feed a while back, and now realize that wasn't just an exercise in futility, it just wasn't very forward thinking. And, of course, I know we're living in Twitter and Facebook these days, and I figured I would make it easier on LoM readers who were already checking Facebook (and you have the option to either read or not, and that's the way it should be).

Also, Facebook's very nature makes it a little easier to reach out than the conventional means. The very integrated nature of Facebook, such as those "Ryan is a Fan of League of Melbotis" things you see on the sidebar, mean its a bit easier for folks to stumble upon our doings here at The League.

And while I don't mind writing this for just NTT and Randy's amusement, it'd be nice to have a few more folks chiming in. I am, of course, concerned about managing comments both at the site proper and at Facebook, but we'll see how it goes.

Laura and Robb in Austin

So, this week has had an unusual bit of fun. As I mentioned, League-Pal Robb and his wife Neda drifted into Austin. We wound up having dinner with Robb, Neda, Jeff and Keora last night. This evening we caught up with League-Pals Laura "Cowgirl Funk" M-S and her husband, Eric and their cute-as-a-button kid, Sophie.

Laura I've known since high school. She was a few years behind me at good ol' Klein Oak, but thanks to the power of Klein Oak Drama and me having a driver's license, I got to know her a bit both hanging about backstage during productions and then heading back to our neighborhood. She was a swell dame then, and we caught up online here several years ago. She attended UT as a drama major, and somewhere along the line, met up with Eric, who happened to go to the same high school I went to my Freshman year, before moving to Spring. He's a couple years older, so we didn't happen to know each other.

They've recently returned from New York/ Brooklyn to our fair city. If moving back from Phoenix after 4 years was an adjustment for us, their return to Austin after 10 years (and Austin's seismic changes in that time) must be a massive change. And, of course, they've got 2.2 year old Sophie in tow, who wasn't around when they departed. 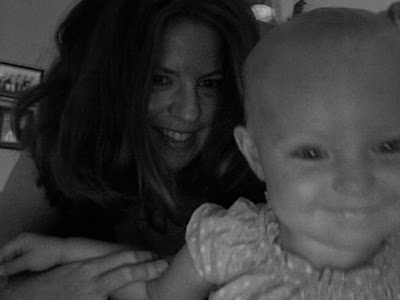 The internet has made it so easy to keep up, I sort of hope I don't ever take it for granted. But its great to reconnect and not have horrible, awkward silences, as we've been chatting on and off for much of the duration of League of Melbotis.

So, if you Austin-Area Leaguers start seeing Laura and Eric around, that's who they are. Be nice.

Robb I met when I drifted into the men's room in my dorm late on a Saturday night my Freshman year. He was down visiting Jeff and Patrick, who I'd gotten to know well at that point, but all I knew was that there was a guy I'd never seen before at the next urinal. I formally met him minutes later in Jeff and Pat's room. Mostly what I remember was that he played us the most recent Black Dog album.

The next year Robb transferred to UT, and was a part of the usual herd of folks who circled around one another. He was a musician and drummer, audio engineer, and always seemed to have a few other projects going on. Also, he was the person who sat me down and got me to watch "Stalker" and innumerable other movies in college, so my hats off to the guy.

In 2000, a good chunk of our crew packed their bags and moved up to Seattle for reasons which were never abundantly clear to me. Robb lived there, went to Berlin and other locations in Europe for a while, and then back to the US. While in Serbia, he met Neda, and it seems they were quite fond of one another as they are now hitched. 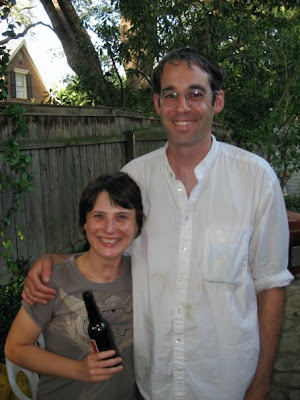 Anyway, its always a blast when these guys come back to town. I don't ever get up to Seattle (where they're all still at), and they only occasionally come back. So, yeah, its a little sad, too. I miss those guys.

Robb came into town in his usual style, alerting folks he was coming less than 24 hours in advance, and departing by Amtrak. I salute Neda for jumping into Robb's nomadic lifestyle. They're a good fit.

But that's the way it is with Leaguers. You come, you go, you come back again either to visit or to raise a darn cute kid. And, heck, as I write this, Letty is bringing a new Leaguer into the world. And Steven and Lauren are planning to make good their escape from the Capital City. Just know the door is always open here at League HQ.
Posted by The League at 10:01 PM

Thanks for the welcome to Austin! It was great to see you guys and I look forward to meeting more local Leaguers.

Whatever man, I should count as 3 posters just by the sheer wit and sagaciousness of my commentary.

Laura, we look forward to wrapping you up in the usual League shenanigans.

NTT, you do, indeed, have the commenting power of 3 men. You need to be sure to use that power for good.

I like the thought that Ryan labors everyday writing posts just for me.