Interview I forgot to do

This is a blog game, courtesy of Amy C.

Here's how it works:

I answer the questions from my 'interview' here. Then if you want to play you do this:

1. Be one of the first five people to reply with INTERVIEW ME.
2. I will respond by asking you five questions (not the same as you see here).
3. You will update your blog/site with the answers to the questions.
4. You will include this explanation and an offer to interview someone else in the same post.
5. When others comment asking to be interviewed, you will ask them five questions.

1. Who would win in a fight: Wolverine or Batman?

Batman. Please. And if I have to explain it, I'm taking away your comic geek membership card.

I like it just fine. It drives forward and backward. It gets me to work, and it seems to have better fuel efficiency than the Forester. I have adorned it with a Superman sticker, so you know it has my seal of approval.

I have realized that one in every four vehicles on the road in South Austin is an Element, so I do not feel as if I shall be cast as a trend setter in this matter. According to a salesman at Honda, the car is sold largely to people who own dogs.

3. If you had to choose between cutting off your right index finger or your left foot, which one would get the chop, and why?

My right finger would go in a heart beat. While my usual method of making accusations might be confusing at first as I waved a four fingered fist at the accused, I am certain I could get a novelty rubber finger to attach to the stump for particularly meaningful blame sessions.

Anything that doesn't still have enough fight left in it to bite back when I begin chewing.

Probably "Send in the Clowns" or "Turn on Your Heart Light". Curiously, this is the second time I've been asked this question in an interview. I find this odd. Perhaps others perceive a musical quality about me, or, more likely, see me as a supporting character in a mid-range budget summer comedy in need of a theme. At the time of the first interview I thought "Bastard Wants to Hit Me" was fairly accurate.

Today, I am unsure.

There just aren't many songs about chubby comic collectors.

Also... I believe I am now duty-bound to interview five people who ask to be interviewed. So, drop a note in the comments. 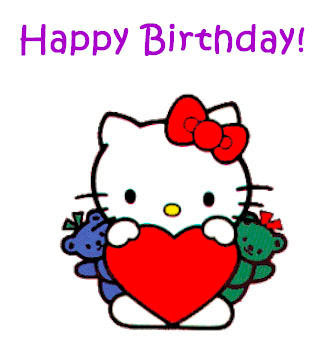 Austin Books is my Secret Mistress

So recently a book was released entitled "I Shall Destroy all the Civilized Planets", and, surprisingly, it is not the memoirs of JMD, it's a collection of features by comic creator Fletcher Hanks. "I Shall Destroy all the Civilized Palents" is a fairly geeky comic to want to get your hands on as its reprints of third rate comics from fourth rate publishers, but Hanks' work has been one of those secret hand-shakes of comic geeks for a while, I guess. It just hasn't really been reproduced in any way that I'm aware of.

Anyhow, I was unaware the book was actually coming out quite yet until I found out from Amy C that not only was the book out, it was sold out at Austin Books and had already been re-ordered. By the time I got in touch, much to my dismay, even the re-orders had been sold out.

But that didn't stop them from seeking out the book for me. I think they talked to three or four distributors when they finally found it and got it in for me on Thursday.

That, Leaguers, is customer service.

I did pick up two issues of Jimmy Olsen as well, and the new issue of Black Coat (Black Coat...! Think masked mystery man in service of the Patriots in 1777 or so) and a comic about outlaw Belle Starr.

I'm now looking forward to the Labor Day Sale at Austin Books. I need to assemble a list of some sort for maximum effieciency as I figure out how much Jimmy Olsen is too much Jimmy Olsen and if the 4th volume of New Gods is really a comic I want to get into.

I salute you, Austin Books. Thanks for finding my book for me.

I know I said I had no plans to get an iPhone, but that doesn't mean I think it's okay for other people who DO want one to get gouged by eBay speculators...

And because I can't think of anything else... 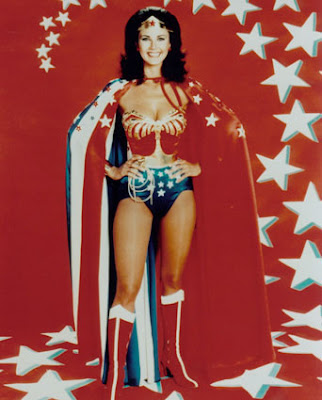 I would asked to be interviewed, but I don't have five readers to pass on this game too and I don't need any kind of chain mail bad luck at the moment.

Linda has inspired me, as I'm sure she has tons of others, to be WW this year for Halloween. That outfit is just too cool.

It's really the boots that seal the deal.

In your opinion, is the best song ever, "Jimmy Olsen's Blues"?

Oh, and you should reward Austin Books by becoming a regular customer there.

I am a regular customer there, just not in the way you mean. And, no, there is not, nor was there ever, any redeeming quality to "The Spin Doctors".

Ah, the early 90's... When acts that looked the part of what corporate reps thought an "alternative" band should look like while putting out non-threatening soft pop ruled the air waves. The trend continued with such bands as "Crash Test Dummies" and unfortunate frat-rock bands such as "Counting Crows".

Spin Doctors were a one hit wonder novelty act that was jammed almost Hootie-like down our gullets for too much of 1993.

You're right! It's the boots. Plus, who doesn't want bullet stopping bracelets?