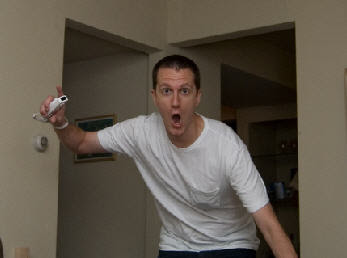 Because it makes Pat happy 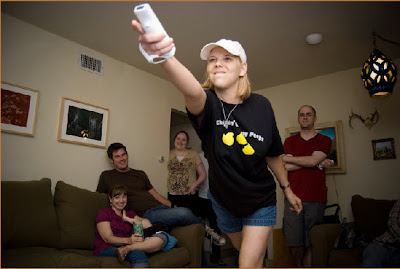 Because Jamie strikes a pose while bowling a strike! 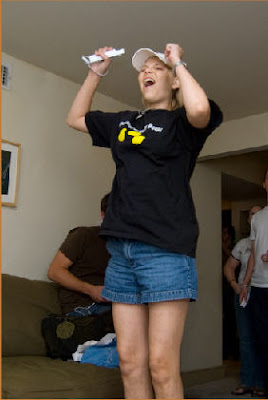 And sometimes Jamie bowls a 172

These pictures were taken the other night at Shoemaker Manor where the fighting forces of our extended circle of pals had assembled for Pursuit of Hoppyness.

Earlier in the evening we'd attended a Roundrock Express game, which was, seriously, a ton of fun. I highly recommend a game to anyone looking for a nice night out, some bad beer, worse hotdogs and some surprisingly exciting baseball (our pitcher, with a .063 average, hit a double or triple. I forget which. I was jumping up and down and shouting too much). Anyway, the Express trounced the Nashville Sounds 6-1. Mangum and Nicole came along. According to Mangum, the $5 Nolan Ryan hotdog was... not so good.

Special thanks to Mr. Peek for the tickets. And to Peabo for suggesting Mr. Peek send them our way.

After the game we headed down to Shoemaker's, and the evening continued. We played Wii. 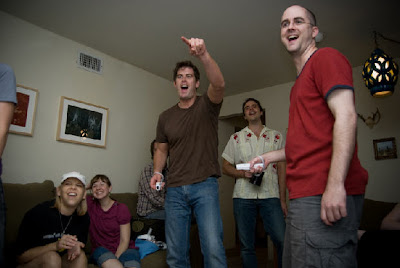 I don't know what Matt did here, but everyone looks pretty excited.

FYI: I didn't take any of these photos. Pat has a remote on his camera and I was always sitting just out of range. 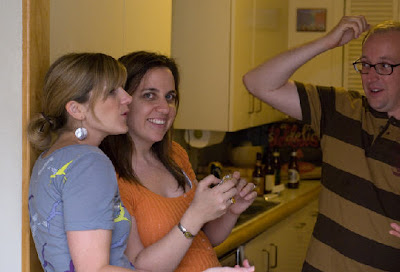 Here's Mrs. Shoemaker, Laura Ryan (who I hadn't seen in, like, 5 years) and the British dude she just married. I think his name is Simon. And, since I know nothing else, I'll also guess he can move objects with his mind. 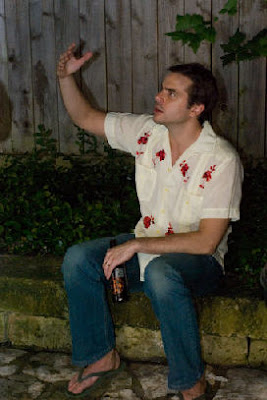 And as the night drew to a close (we'd already left) Jeff offered a hops-fueled benediction
Posted by The League at 12:30 AM

I'm pretty sure I recognize some of these people from the "Active Warrants" postings down in central booking...

Thanks for the invite.

This was not my gig, dawg. I can't invite you to other people's houses.

Both JMD & I are just envious. We both wish we were there. OF course, with Esmé around, I am not sure Em and I could have been there even if we lived in Austin.

Whether it is your gig or not, EVERYONE knows that the League is the social director. No question.

Sadly, others do not always do my bidding. If they did, we'd spend a lot more time talking about Galactus.