The comic fan community was rocked today by the news that Mike Wieringo, age 44, has apparently died of a heart attack.

Wieringo's work has appeared for the last several years in DC and Marvel comics in titles such as Friendly Neighborhood Spider-Man, Fantastic Four, Flash and many others.

Thanks to the DC title, "Impulse" and several issues of Adventures of Superman, I was familiar with Wieringo's work prior to his run on Fantastic Four (with Mark Waid writing), but that was when I grew to really appreciate his work. I loved his depiction of the the Richards clan, and his Von Doom. 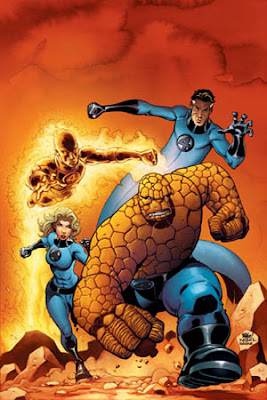 You can read more here.

I'm really going to miss Wieringo's art and the spirit it brought to any title.