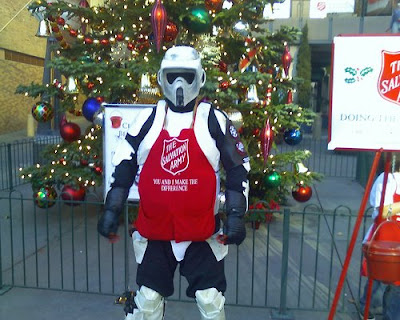 We're having tremendous success here at The League of Melbotis in almost reaching our goal of $300. We're only $25 shy of my goal.

What's interesting is that we've had the opposite effect I had assumed the Red Kettle was intended to have. Rather than a bunch of smaller donations, we've had a handful of generous contributions.

Why, the League's own JimD threw back the curtain yesterday morning after being visited by the miserable, un-giving spirit of Randy, called out to a street urchin as to what days it was, and gave himself over to the spirit of Christmas and giving which swelled in his heart. Yes, that Scroogiest of Scrooges, Jim D, made a generous contribution.

Other generous givers include:

The in-laws, Dick and Judy.
The KareBear
The Admiral
Jason (aka: Steanso)
Doug
Heather Wagner

Heather "I'm in grad school debt up to my eyeballs" Wagner gave. But you didn't...

Well. I think we all know who Santa will favor this year.

It's not too late to give. With a measley $25 deficit, obviously anything you can give will make a major difference. It's as easy as buying junk off Amazon, only rather than blowing $25 on an "hilarious" white elephant gift, why not toss a few bones to a worthy cause like The Salvation Army?

If you can swing it, The Salvation Army would greatly appreciate your contribution. 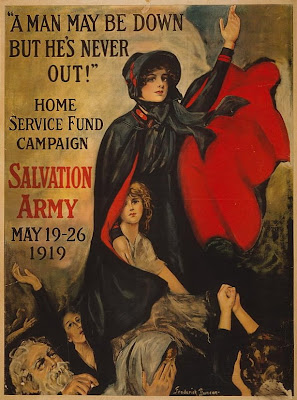 It took The League weeks to develop a realistic-looking "Salvation Army" site that actually diverts money into The League's "rainy day comic book" account, so everyone applaud his efforts with a small donation!