McMahon is now Issuing Sweepstakes Winnings Across the Infinite

editor's notee: Man, this week is messed up. We don't have many weeks where the "celebrity deaths come in threes" thing winds up taking up the bulk of the output. So, yes, I will get to Ms. Fawcett.

So, Ed McMahon died this week.


If you grew up pre-cable or when cable was considered a luxury, then you really only had one TV choice after the evening news, and that choice was "Carson". Sure, it was technically "The Tonight Show", but nobody actually called it that. I have no idea what the numbers were, but the American who didn't think of Johnny Carson, Ed McMahon and Doc as welcome pals in their living room were few and far between. 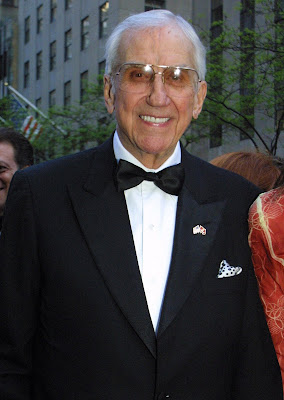 We sort of loved the fact that it wasn't clear what Ed's job actually was. Sure, he intro'd Johnny and chatted with him before the guests came out, but was that a job? Didn't matter. There he was, each and every night, occasionally jumping into the conversation with the guests (who often seemed delighted to meet McMahon, where Johnny made them nervous).

In many ways, if Johnny was the cool guy at the party, McMahon was a mix of Carson's drinking buddy and everyone's favorite uncle.

And, yet, McMahon DID carve out an entirely new role as second banana on TV, and coined phrases that a generation or two can still be heard repeating. 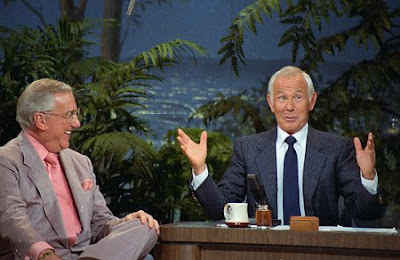 We were happy for him that he landed Star Search, and tuned in to see him try to coach the spokesmodels through their segments without coming off like an idiot. We associated him with the possibility of winning a big sack of money from American Family Publishers. We all opened those ridiculous envelopes (and kind of looked forward to them) because Ed McMahon was such a genial pitchman, even when we knew the odds of winning were roughly equivalent to being hit by a meteor.

There are many things in this universe that are pretty horrendous, ridiculous, and in need of ridicule. In my world, Ed McMahon is not one of them. 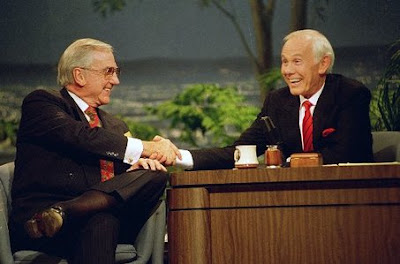 more or less how I really remember The Tonight Show

The passing of McMahon, while not entirely unexpected, is one of those things that reminds you that a generation is disappearing, and with it, their culture. Retired since 1992 or so from the Tonight Show, today's college Freshmen (born in 1991ish) will have no concept of who the man was, just as the death of Jack Paar went unnoticed by myself and my generation.

As a face, voice and talent, I'm going to miss Ed McMahon. Even in his final years, when his trophy wife blew all his money (well done on still having a Trophy Wife, Ed!), McMahon seemed to get through his situation with a smile.

His public service annoucment on neighborhood involvement is nothing short of heeesterical.