Leaguers, it is with great pride that I announce that League-Pal Matt Mangum has earned his Black Belt! 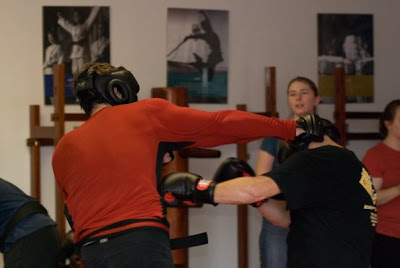 Matt punches some fool in the ear

Matt's quest for the Black Belt has been going on several years, and culminated this weekend in a 3 day marathon session of kicking and punching things (ie: people). Jamie, Patrick and I joined Matt's lady-friend, League-Pal Nicole, to watch today's sparring and belt ceremony.

Leaguers will know that I, myself, once mastered the ancient art of strip mall Tae Kwon Do, so I know a little about what Matt's been up to, although my program was nowhere near as intensive. The League will cop to the huge amount of respect we have for anyone who puts in the effort I've seen out of Matt and the work I saw today. 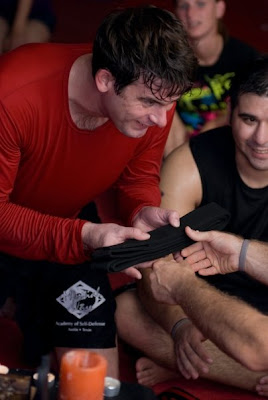 But the unsung hero of the day was the erstwhile towel and water-boy who bravely stood by his pal, ready with a sip of H20, or ready to mop sweat from Matty's brow. 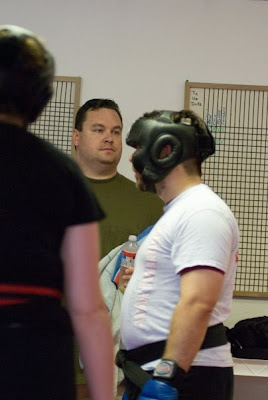 All pics courtesy Patricio Sanchez
Posted by The League at 6:54 PM

Congrats to Matt! Sorry I didn't make it.

Way to go. Black belt test is no small feat by any stretch of the imagination.

I agree with JAL, it is a BIG deal and something you never forget.