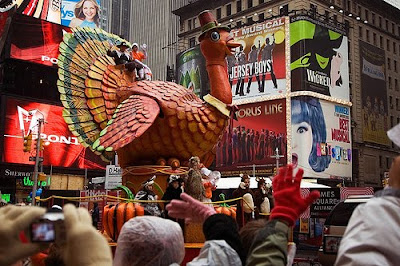 Somehow I had totally forgotten that Thursday isn't just Thanksgiving, its the Macy's Parade. The League LOVES the parade no less now than when we were 7 years old. And now, we have a much greater appreciation of The Rockettes. Always the highlight of the parade for this avid viewer. 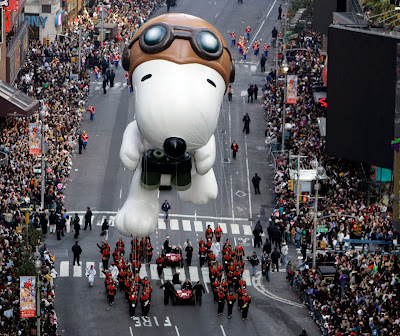 I skip the local parades every year as I know they can't hold a candle to 50 foot Snoopy, Disney-approved child-talent lip-synching in the cold and marching bands from across the US.

An extra thrill this year: they've had to change the route, and a lot of people are predicting that the balloons can't make the turn at one point. It is going to be AWESOME. 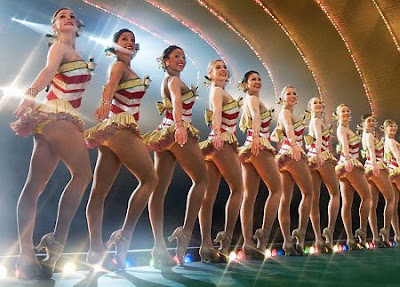 The parade also is the catalyst for holiday staple "Miracle on 34th Street", which is a favorite here at League HQ. It features Santa on trial for his sanity and the always foxy Maureen O'Hara. What's not to like? 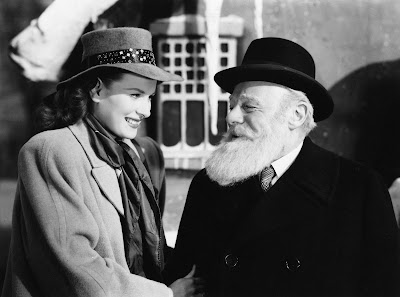 Santa, you can give me a linebacker's shoulder pads and make me terribly attractive. Oh, wait. I have those things.

So I'll be up and tuning in. And shouting profanities at Meredith Viera, who just dumbs the whole thing up when she hosts.
Posted by The League at 11:43 PM

Wait there is a predicted chance at balloon destruction? That'll guarantee my eyes are on the parade!

Not just balloons! They say marching bands won't be able to make the turn, either. I am really looking forward to some Turkey Day mayhem.

It saddens me to think that my kid will not know the joy of Charles Shultz's Peanuts. I must rectify this situation. Thanks for the reminder.

Also, Miracle on 34th Street is my all time favourite Christmas themed movie. Watch out for Kringle's Can Mutha, whoops I just took that to a dark place. Seriously, I do love that movie it has an incredible heart.

I have to say that "It's a Wonderful Life" is my favorite, but its no mistake that I watch this movie every two or three years, and not just becuase of Maureen O'Hara.