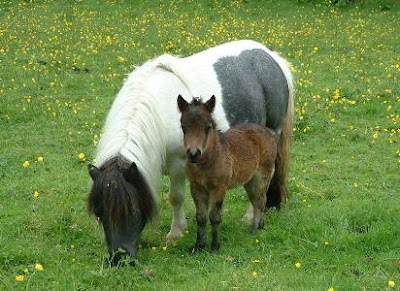 after yelling so much at the game, I am a little hoarse.

Well, I was expecting UT to spank Kansas. And had they not given up a ridiculous kick return, UT would have had an even better game.

Anyhow, hopefully we'll still be voted in the top 3 or four this week, given the decisive 50-21 win.

Jamie, Jason, The Admiral and I attended this evening's contest on the University of Texas campus. I yelled. A lot. Its what I do.

It was Senior Day, which meant the final home game for players like McCoy, Shipley, Muckleroy and Houston. No doubt 2010 will be another building year as QB Gilbert figures out if he can fill the shoes of his predecessors (speaking of, James Brown was at the game! That's some mid-90's UT flashback material.).

But it was also Senior Day for dozens of members of the UT marching band, sideline crew, cheerleaders, dance squad, and limitless drunk kids in the stands. Colt and his crew were gracious, and a huge number of fans remained in the stands to salute the seniors and give them one last Texas cheer.

Anyway, a lot of fun.

It was also the first game Jamie and I have attended together, which seems odd, given that we've been together since '95. But there you have it. I think she had a good time, even if she disappeared for 30 minutes in pursuit of a hot cocoa. I'm chivalrous, but not "30 minutes standing in line for cocoa during the 3rd and 4th quarter" chivalrous.

We cheer a lot together at home, but its more fun to cheer with 103,000 of your closest friends.

And, hey, Fantomenos, saw that Oregon score and highlights. Holy smokes.
Posted by The League at 12:29 AM

You ain't kiddin'! That was one of the more exciting games I've watched in a while. A buddy and I were playing Spiderman pinball, drinking Jubelale and watching it at a local bar, which is about the best way to spend a Saturday evening I can think of.

Oh, and this means the rivalry game with Oregon State determines who's in the Rose Bowl. It wasn't that long ago (early 90's) that the rivalry would determine who wasn't the worst in the conference (literally, one year both teams were unwon, then tied the game 0-0), so it's nice to see both programs having come this far.

Yeah, the Oregon programs are a lot of fun to watch. I don't know when I noticed them giving everyone a run for their money, but the past few years, they've been very impressive.

But the Ducks still have some wacky uniforms. I'm not saying I don't like them, but they wouldn't have been out of place in the XFL.

Well, one of the many perks of having Phil Knight as an alum is we get many permutations of uniforms each season. I felt like an old man the other day when they came out with what I thought were pretty snazzy uniforms, only to find that it was a nostalgia thing where they wore outfits from the early 90's, which of course was when I started going to UO as an undergrad.

The downside of the Nike connection is when kickers who prefer adidas have to cover the logo up with electrical tape. True story!

Booo! Shame, I say SHAME on the picture pun!