It's Christmas (Talk) in July! aka: The League Holiday Special

So, of course, part of the problem is that my idea for a Holiday Special was pretty much what Colbert did in 2008. Talented and amazing The League may be, but we strongly suspect that we're not going to outdo Colbert on this thing.

I'm thinking a 10 minute video (anything longer suggests effort), but we'll see. Could be longer or shorter. Might not get around to it at all.

But here's the thing: It's going to be a lot more fun if I can get you guys to participate.

I know that July 1st might seem a spot early to bring this up, but we'll probably start producing this thing as early as October. So that's, really, like 3 or four months away. 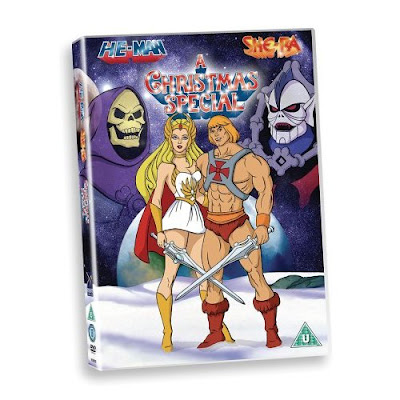 ...our benchmark for quality

A) This is a family show, Leaguers. I don't mind a few swears, but The KareBear and Judy are going to watch this thing. So, you know...
B) Anything sent in needs to be fairly decent quality. By that I mean, if the camera is laying on its side, or we can't actually hear you, then I'm probably not going to be able to use it. Don't worry, we're going to have issues here, too.
C) It HAS to be about the Holidays in some way. It can be about Christmas, Hannukah, Kwanzaa, etc... We're working with a theme here, Leaguers. 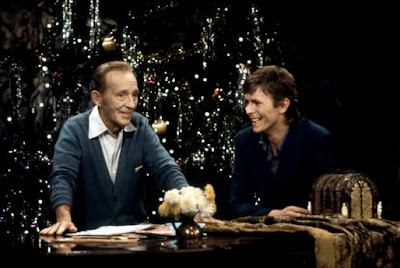 Bowie and Crosby got nothing on my Leaguers

Here's what we're looking for:

1) Volunteers for guest appearances. If you'd like to actually appear in a portion of the video, lemme know. That would require a few hours on some weekend. We may require you to sing and dance. No, seriously.

2) Send in your video. This isn't a call for random people to send me a video. You pretty much MUST QUALIFY AS A LEAGUER (you know who you are. Exceptions granted for Lynda Carter, Christina Hendricks, Shatner or other non-Leaguers of note. In fact, those three are welcome to come over any time.).
I'm not placing any restrictions on what you send in. If you make a jerk of yourself, you make a jerk of yourself.
However... Keep it short. No longer than 1 minute. Unless you're sending in the best video of all time. Then we can negotiate.

3) Original Songs. If you want to send in a song for The League to sing, we're up for that. Or you can sing it yourself. But... it should be about 90 seconds.

4) Poems, stories, etc... I don't really know what I mean by this, but send your stuff in, and we'll see if we can't figure out how to squeeze it in.

So if you're wondering: No. I don't have a script yet. I kind of want to see what we get, to an extent. But I'm starting to get some ideas together, thinking about how to put a song or two together, that sort of thing. And, of course, planning to decorate for Christmas early this year, if need be.

Anyhow, I hope you guys want to participate in some way.

So, let's make it a Jolly Holiday. 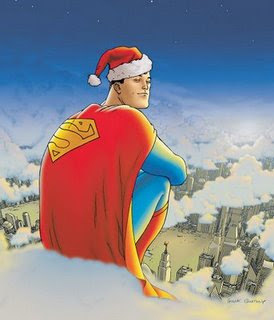 The League is looking out for your Holiday Season
Posted by The League at 9:20 PM

I've got a song for you.

Here comes Superman,
Here comes Superman,
Right down Superman Lane,
Beppo and Streaky and all his pets
Are flyin’ faster than a train.
Villains are cursin’, Jimmy is snappin’,
Pics of the man in tights.
So hide from Doomsday and call the mayor,
'Cause Superman comes tonight.

Beautiful. We shall make it so.

I'm just sad Sinatra won't be here to croon it for us.